Home » News and Events » The Connection Between Glaucoma and Sleep Apnea

The Connection Between Glaucoma and Sleep Apnea 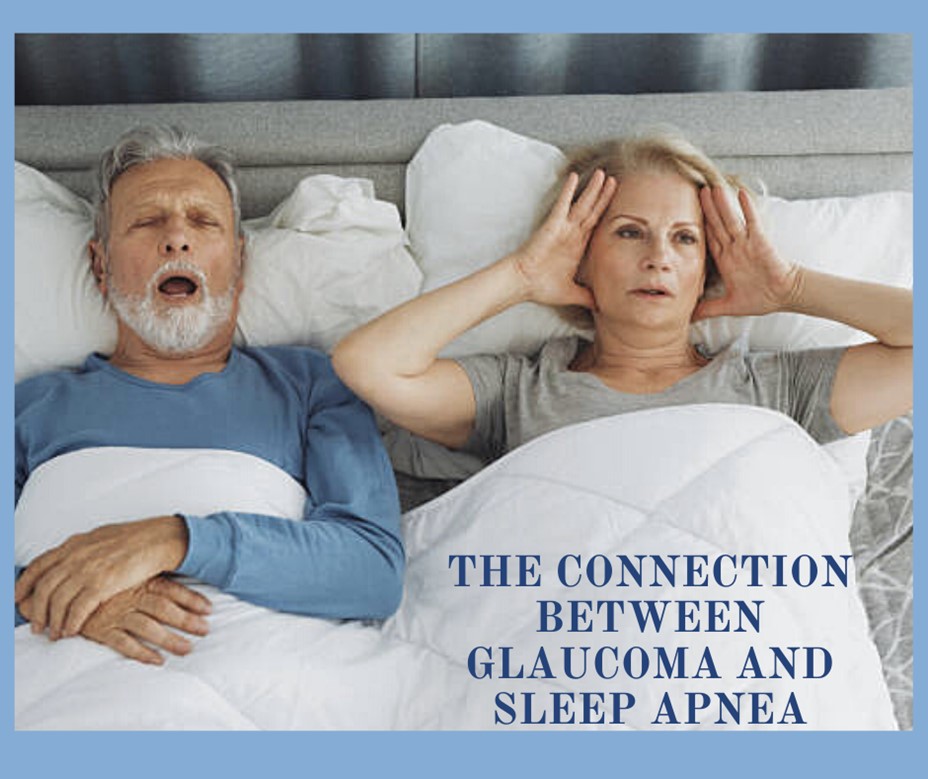 Do you suffer from obstructive sleep apnea (OSA)? Sleep apnea is a sleep disorder in which breathing repeatedly stops and starts while sleeping. OSA symptoms include loud snoring, gasping for air during sleep, feeling sleepy during the day, and waking with a headache. Leaving this condition untreated may lead to serious health problems like stroke, heart attack, or high blood pressure – and it could also lead to vision problems with glaucoma.

According to the American Academy of Ophthalmology and the American Optometric Association, glaucoma affects the eye’s optic nerve, and it is called the silent thief of sight because there are no signs of symptoms at first. As the optic nerve becomes damaged, vision is gradually lost and cannot be recovered.

A few studies have shown that patients who suffer from sleep apnea are more likely to develop glaucoma than those who do not have this sleep problem. Recent studies collectively showed that if an individual has OSA, there is an increased risk of glaucoma that ranged from 21% to 450%. They found that patients participating in the studies demonstrated sleep apnea and their eye pressures were lower when their intraocular pressure was measured. All the studies between obstructive sleep apnea and glaucoma came to a similar conclusion. The risk for a person diagnosed with sleep apnea could be as high as ten times more for having the eye condition glaucoma. They concluded studies that the mechanism increased the risk of oxygen deficiency to the optic nerve.

If you have been diagnosed with obstructive sleep apnea (OSA), make time to have a comprehensive eye exam so your eye doctor can check and discuss your potential risk for glaucoma. We care about your eye health, and our highest priority is our patients’ healthy eyesight!

This blog provides information and discussion about eye health and related subjects. The content provided on this blog and any linked materials are not intended and should not be construed as medical advice. If the reader or any other person has a medical concern, they should consult with an appropriately licensed physician.